How Does GPS Tracking Work?

The acronym GPS (Global Positioning System) is a familiar one for most people. However, the way that GPS actually works isn’t quite as familiar to everybody. Often, GPS is often used to describe a device, such as the handheld ones that hikers use, the system that is often built into newer vehicles, or even a modern cell phone. It isn’t wrong to refer to these devices as GPS, but more accurately, they are GPS receivers or navigation devices.

GPS itself actually refers to a network of 24-30 active satellites that are carefully arranged in a Medium-Earth Orbit (at an altitude around 20,000 km) so that everywhere on Earth is usually visible to at least 3 or 4 satellites at any given time. The system was originally developed by the United States government, and still remains government property. The United States Air Force is, and always has been responsible for the operation of the satellite network, but much like the internet, what started as a government venture was eventually made available for public use.

How does it work?

GPS tracking is the determination of a receiver’s location by a complex mathematical process called trilateration, (not triangulation, which is sometimes used when attempting to describe GPS tracking). Simply explained, GPS tracking utilizes a constant flow of data from the network of satellites described above to pinpoint a user’s position on Earth, based on the time it takes for a GPS device to receive the signal from the satellites.

In a little more depth, GPS satellites broadcast their current location and the time (Coordinated Universal Time) at regular intervals – the speed of the data broadcast and the interval rate means that the flow of information down to Earth from Space is nearly constant. That data is received by a GPS device on Earth, which in turn uses the satellite’s time, location, and velocity information to determine how far away each satellite is from the device. Once distance to the individual satellites is determined, then the device can pinpoint location. This is where trilateration takes place.

Essentially, the data from a single satellite provides the general location of a device on Earth – think of a large circle, with the device somewhere inside. A second satellite does the same thing, narrowing down the possible area – imagine two circles overlapping – the receiver would be somewhere in the overlapping area. Additional data from a third satellite provides the pinpoint location of the receiver – where all 3 circles overlap. The need for 3 circles to determine location is why the network of satellites in space are arranged so that at least 3 satellites can be “visible” from anywhere in the world. If a device can receive data from 4 or more satellites, then the location gets narrowed down even further.

Once the data has been sent to the device from the satellites, it needs to end up somewhere so it can be viewed and analyzed. While some devices simply store data on a hard drive or memory card to be used later, others use a network to transfer data back to a central server where it can be displayed on a computer, smart phone, or other digital device.

The data transfer that makes real-time live location tracking possible is done via a cellular or satellite network (think cell phone and sat phone). Therefore, one of the biggest factors to consider when choosing a GPS tracking system is the network that will be used to transfer data

The most common and least expensive option is a cellular network. GPS Tracking Devices that utilize the cellular network share bandwidth with every mobile phone in the world, which makes the networks very accessible, and affordable.

The drawbacks of a cellular network are the same as those that you would experience with a cell phone. Coverage isn’t always available, especially in remote areas, and live data sharing is only possible with a strong signal. In the event there is not an adequate signal, many devices will store the data and transfer it at a later time, but live-tracking becomes time-delayed tracking.

To combat time delays or a lack of coverage, the other option is to use a device that transmits data via a satellite network. Satellite modems are reliable in all conditions and in any terrain, with coverage around most the world. They utilize a satellite constellation similar to GPS, but designed for supporting a communications network.  However, as the connections between server and device are made via satellite as a relay, rather than a cell tower, they are often more expensive, complicated, and not as easily found in a store.

What does your fleet need?

Evaluating your operations and calculating the costs and benefits is necessary before making any decisions. If your business mostly operates in densely populated areas or within a reasonable distance to a large urban area, then a cellular-based plan is likely the way to go.

If your fleet largely operates in rural or remote areas with little to no cellphone service, then using devices that operate on a satellite network may be the best (or only) choice.

There are pros and cons to every device and network, with multiple factors to consider. Get in touch with one of AutoConnect’s experts to determine what devices and networks best suit the needs of your business.

Talk to an Expert 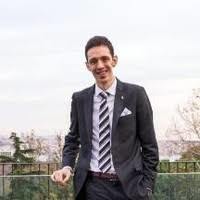 As effortless as it gets! Together, we can easily find the best devices covering light and heavy-duty vehicles as well as equipment and other assets.
GET A QUOTE

Get A Quote, Talk to an Expert!​

Investing in a GPS Fleet Tracking system requires a good amount of research, assessment of needs and requirements.  Whether you need comprehensive information, detailed pricing or simply a few specific questions, our GPS experts are ready to give you a call!

Together, we can easily find the best devices covering light and heavy-duty vehicles as well as equipment and other assets. Paired with the Business One Plan, pay as low as $49.95 for your device and only $23.95 monthly subscription!

Your login information, account representative and plan remain the same. To login to your account use the link on the upper right corner of this page.